Brown Thrasher on the Moss 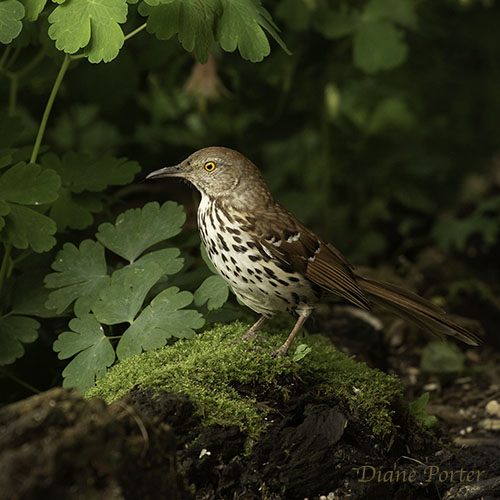 When he arrived last April, a certain male Brown Thrasher had the most splendid musical repertoire of all birds.

I recognize his song not by the notes but the pattern. He sings a crazy variety of short tunes. Often he sings a song twice in a row. Then on to another short song. But the next doubled song is always something new. Always a surprise to me.

He doesn't do it for me. He does it for love, for the love of a female Brown Thrasher. And his vocal magnificence is probably how this year he won a mate in just three days. And immediately his singing stopped.

I saw another thrasher beside him in the top of a honey locust. And that was the last I heard of his singing. I saw a thrasher carrying nesting material into the thicket along the fence, and I knew the pair was at their assigned work of raising young. There was no more need for song. 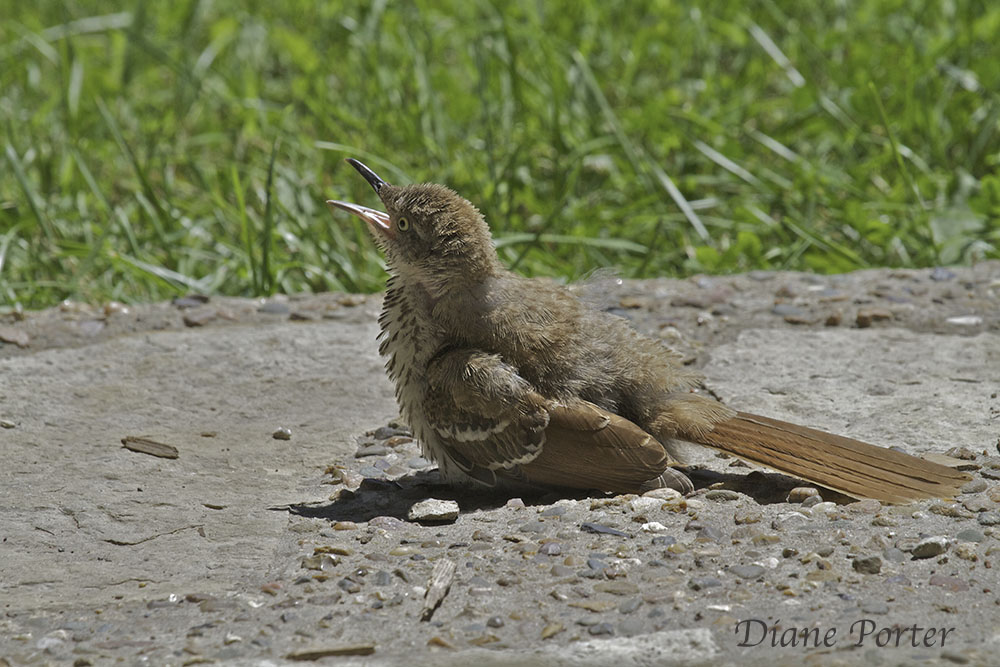 I still see the thrashers sometimes. Now they move silently, often in the shadows, finding food for their young. I cannot tell which is the male and which is the female. But I can see the are partners, and they work together.

The babies are hiding. I hope I get to see them some time. Here is one that came to my porch in a past year. One of its parents fed it, but somehow it communicated the need to get back into the bushes. And that was all I saw of that baby Brown Thrasher.