Thanks to Wild Turkeys 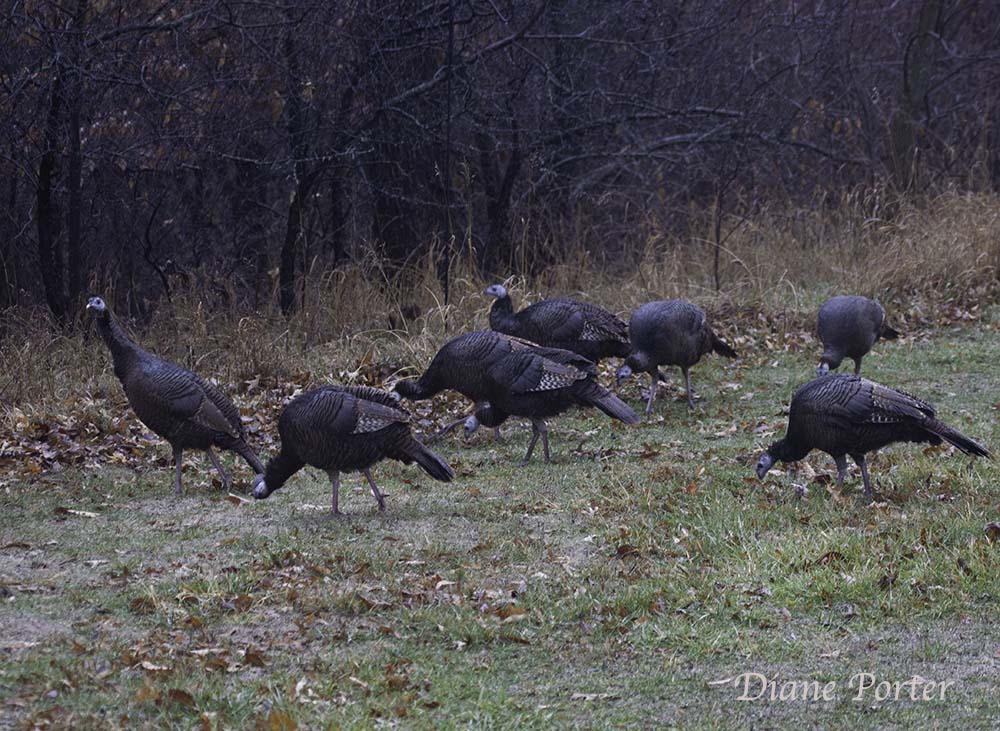 Blue faces of Wild Turkeys are a cheering sight on Thanksgiving morning.

A few turkey hens strolled leisurely through through my backyard. They poked into grass and the stems of spent goldenrods.

Wild Turkeys were extremely common thoughout North America prior to European settlement. However, turkeys are good to eat. As a result, by early 20th Century they had been hunted almost out of existence.

Re-introduction programs, using pen-raised birds, were not successful at first. The turkeys lacked skills or instincts to survive on their own. When those efforts failed, biologists tried transplanting turkeys from the wild, and lo and behold, the wild-raised birds did much better. Most of the Wild Turkeys now roaming the continent descend from those introductions.

Now, from down in the woods, I hear turkeys gobbling on winter mornings. Flocks of hens mosey through my backyard occasionally. And I can look forward to seeing baby turkeys running around in the grass next spring.

And that is something I give hearty thanks for!