Cardinal Fresh for the Winter 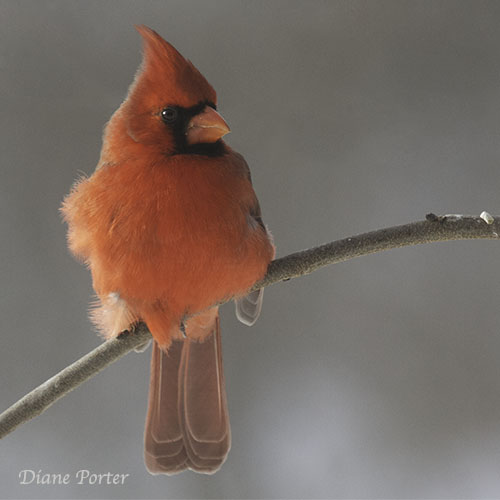 Just two days before the official start of winter, the cardinal appears in my redbud tree. He's in top form.

He has now replaced last summer's worn-out plumage with fresh, fluffy, new feathers. To keep him warm and dry through the winter.

Feathers do wear out. They are alive only when they are growing. Once their growth is complete, the blood supply that nourished the growing feather through the central shaft shrinks away.

What remains in not living tissue. It can neither grow nor repair itself from within like other bodily tissues. Although the cardinal has rather marvelous control over the feathers thanks to muscles in the skin, the feathers themselves are inert. 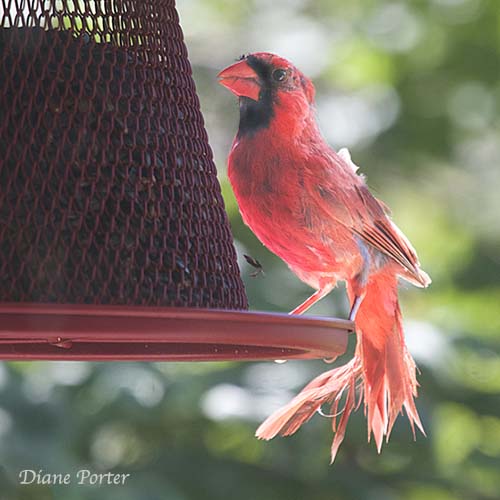 When feathers wear out, they lose their loft, and the tiny connections between them erode away. A cardinal at the end of summer can be a real mess. By then his tail can be a shredded rag.

Once the feathers are wrecked by time, the bird must replace them. The process of losing the old feathers and growing new ones is is call moulting.

The timing of a bird's molt depends on what else is happening in the bird's life. It takes energy to grow new feathers, so most birds don't do it while migrating or nesting.

For a Northern Cardinal, who does not migrate and whose nesting season ends in summer, fall and early winter are a time that the bird can afford to replace his feathers.

Just in time for the challenge of winter. The cardinal at the top of the page has accomplished his molt.